Well, we are officially on break.  Our district takes two “spring” breaks, one in February and one in April.  We have been enjoying the Olympics and hanging out in our jammies:)  Of course, it wouldn’t be a school break with out  getting up early on a Saturday for a snowshoe race.  As a reminder…no one in my family likes to snowshoe.  They actually call it SLOWshoeing.  Sam was asked by the alpine ski coach to enter into  the Colorado State Snowshoe race along with 3 other boys from school.  He was hoping to create a dream team to win.  Unfortunately, it landed over break and it was snowing sideways, so two of the four didn’t show.  Sam ran well and came in 9th overall and his friend won the 5k race to become the Colorado State Snowshoe champion.  It was his first time on snowshoes!  HA!  It was a fun morning watching the boys run and we didn’t even mind getting up early to get them there!

Sam is in the bright green hat and blue coat…. 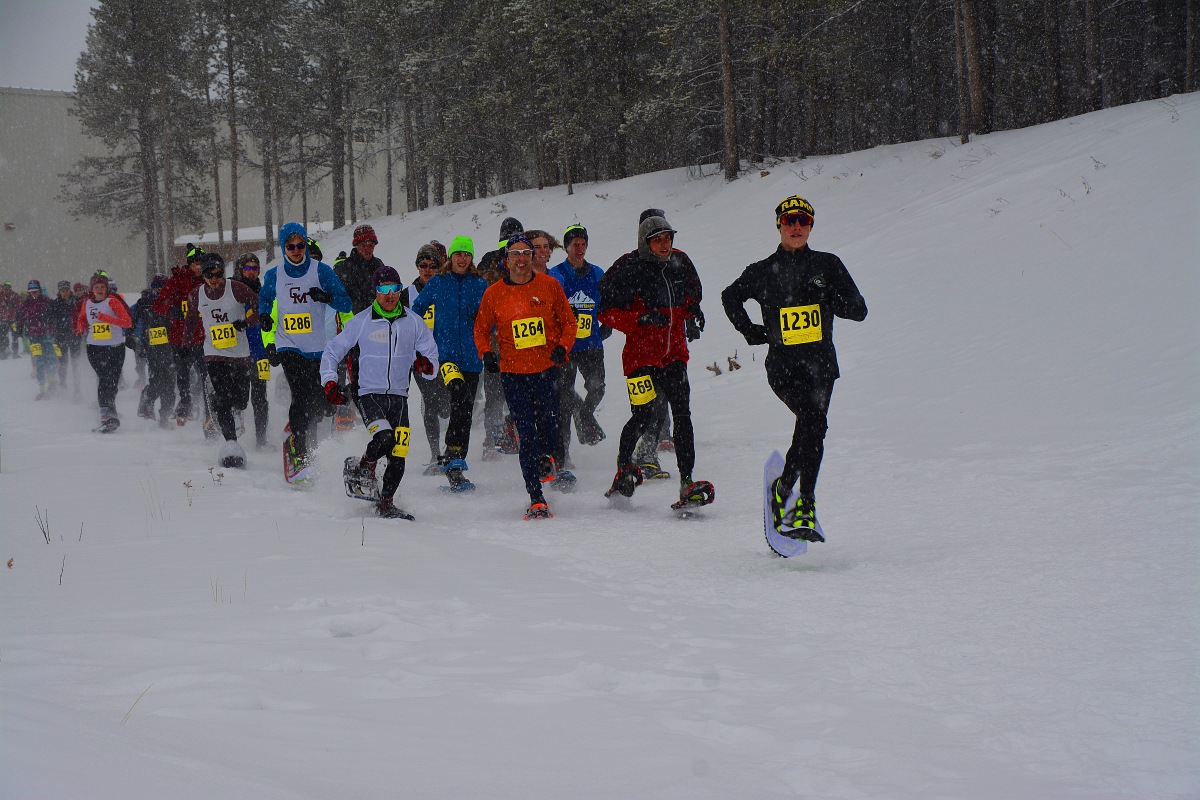 One thought on “Snowshoe Racing”